In 1795, Cather Ann “Katie” Sheets was born to Mary Shearer and her husband Reverend Andrew Sheets – a preacher in the Church of the Brethren in North Carolina.  Katie was described as shy, but very pretty. She could have had her pick of any man in the area, but she chose Absolum Bower, a well to do miller in the area.  Absolum was married.

In order to survive, Katie began living in a cave that measured 24 X 30 feet, located along side Roan Creek just outside of Jefferson, Ashe County, North Carolina.  The cave was near one of the mills owned by Absolum Bowers.  For the next 15 – 18 years, she lived in that cave and raised children - all fathered by Absolum Bowers.   Some reports says they had 6 children but most say they had 9 children together that were raised in that cave. 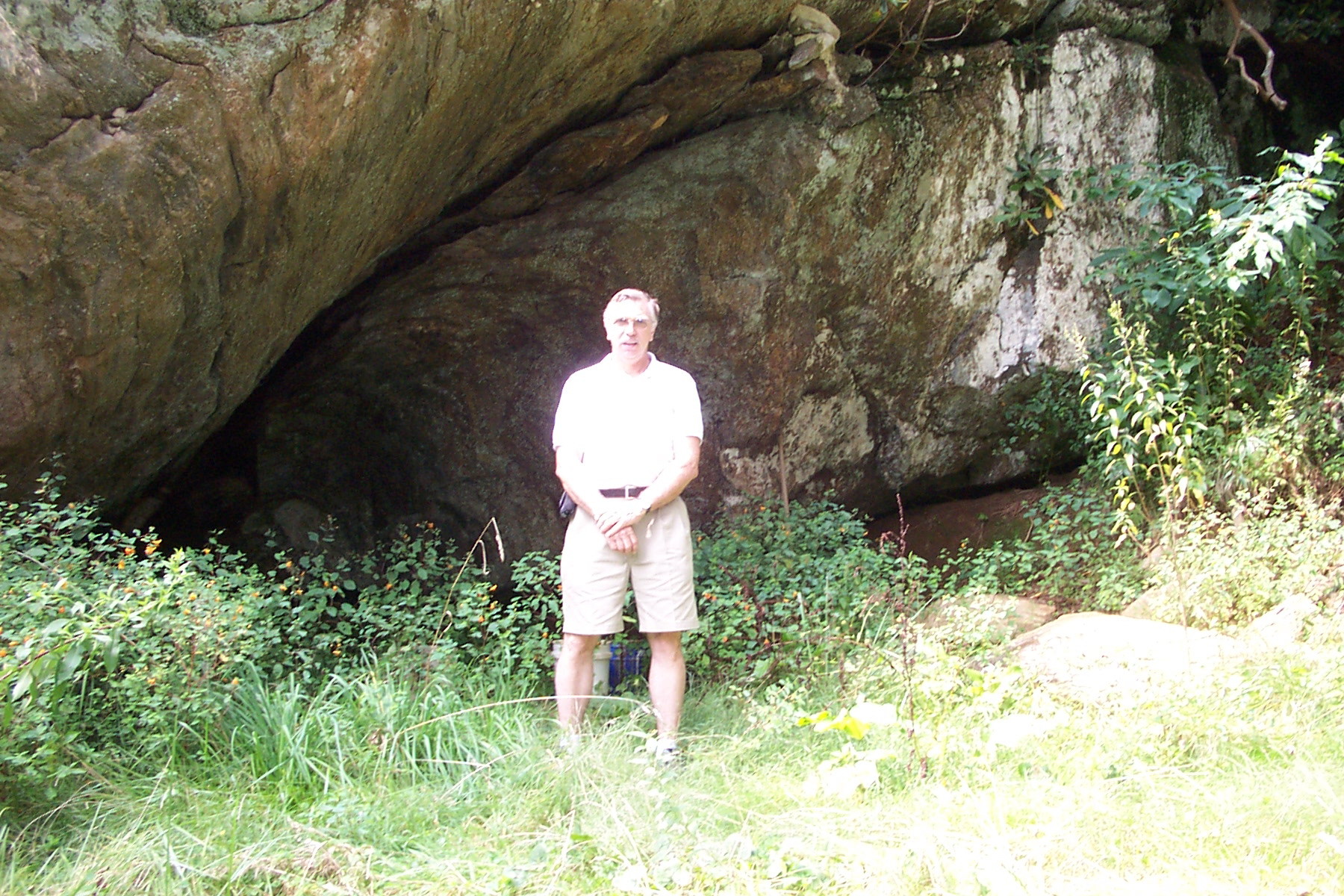 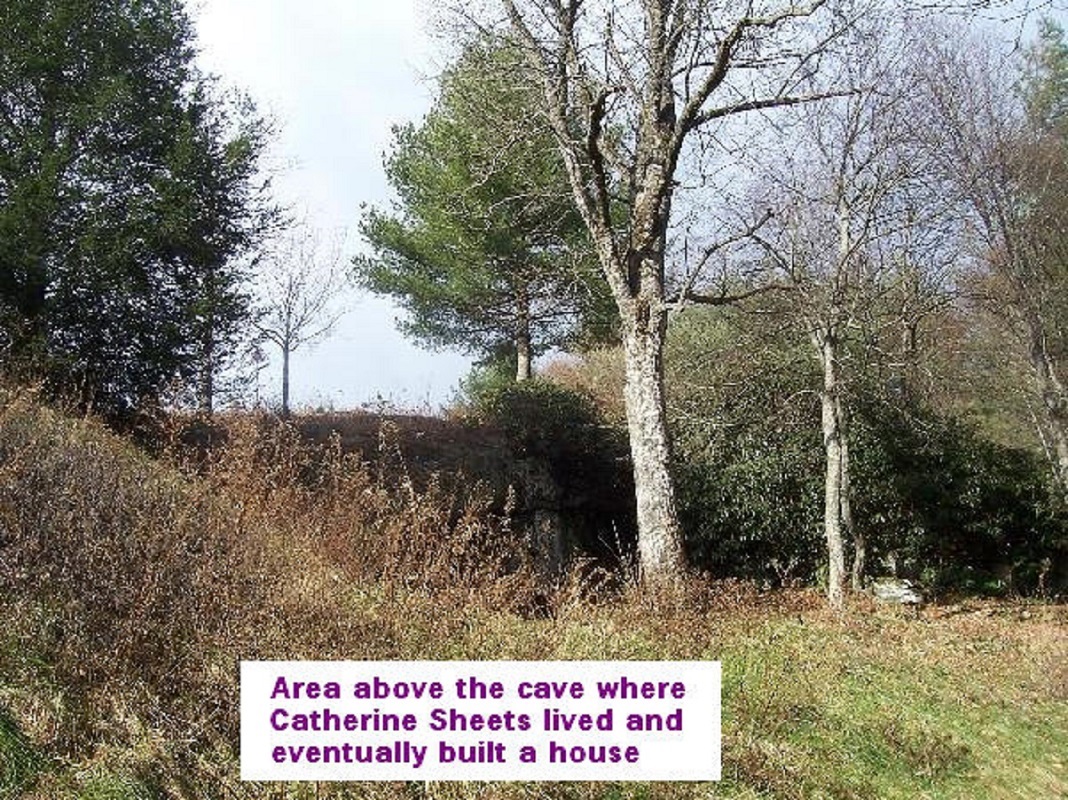 Eventually Katie built a house over top of the cave and worked at a nearby grist mill.  The story is that at some point Absolum Bowers lived with Katie, but they never married. There is a book in the Ash County Public Library called “Genealogy by Mrs Barbara M Angler and Verified by Debbi L Hurt”.  It not only verifies the previous statements, but it says that Absolum recognized only his “legitimate” family in his will, meaning the children born to his wife.  However, records show that before his death he signed deeds of enormous acreage to the sons he had with Katie.

There is a note on one of the genealogy sites that states “According to a great-great-granddaughter of Katie Ann, the cave was really quite nice inside. A house was later built for Katie on the area above the cave. The gg-granddaughter still lives in Jefferson, at Jefferson Landing which sits on the old Absolum Bower land.”

The life of Katie Sheets living and raising her children in the cave was chronicled by Reverend Clayton B Miller, who was a minister of the Church of the Brethern.  And, this information can be found at the genealogy department of the West Jefferson, Ashe County Library.

And, of course, there is another version of the story:  I found this story on ancestry.com that says Katie lived in 2 caves over her lifetime raising the children, not just one.  It also says she lived in the 2 caves for a total of 65 years.

The story and life of Catherine Sheets is Hallmark worthy. Catherine Sheets was abandoned by her family because she had a love connection with Absalom Bowers. Which evolved into a pregnancy with her first child Lucinda.

Katie lived in two different caves in her lifetime. The first cave is located past Ebenezer Church on Highway 88 on Roans Creek. The other is located down the Highway 88 bridge on the New River. She spent about 65 years of her life living in a cave. Both of the caves were behind two of the ten mills Absalom owned. For the last 25 years of her life she lived with one of her daughters Mary Polly. Who lived near Ebenezer Church as well.

There are many stories and facts of Catherine Sheets. Katie's father (Andrew Sheets) was the first to be born in America in his generation. Katie's mother (Mary "Molly" Sheets), was a Cherokee Indian. So that means Katie was half Cherokee.

Katie's grave was removed due to it being out of line. This is the base of the original grave. A new one will take its place. https://www.findagrave.com/memorial/180350379/catherine-ann-sheets"

The life of Katie Sheets living and raising her children in the cave was chronicled by Reverend Clayton B Miller, who was a minister of the Church of the Brethern.  And, this information can be found at the genealogy department of the West Jefferson, Ashe County Library

How am I related to Katie?  My Relationship to Katie is 2 fold:

From me to my dad Ken, to his dad Curbe, then to:

(1) Curbe’s dad Jasper, to his mother Nancy Sheets, to her mother Katie Sheets.

(2) Curbe’s mother Mazie Sheets, to her dad Jacob, to his mother Katie Sheets.

(Yes, my Dad's paternal grandparents were first cousins, which I found out was very common in the United States back in their day.)

Note:  The photos attached to this story were contributed by multiple people on ancestry.com and familysearch.org. 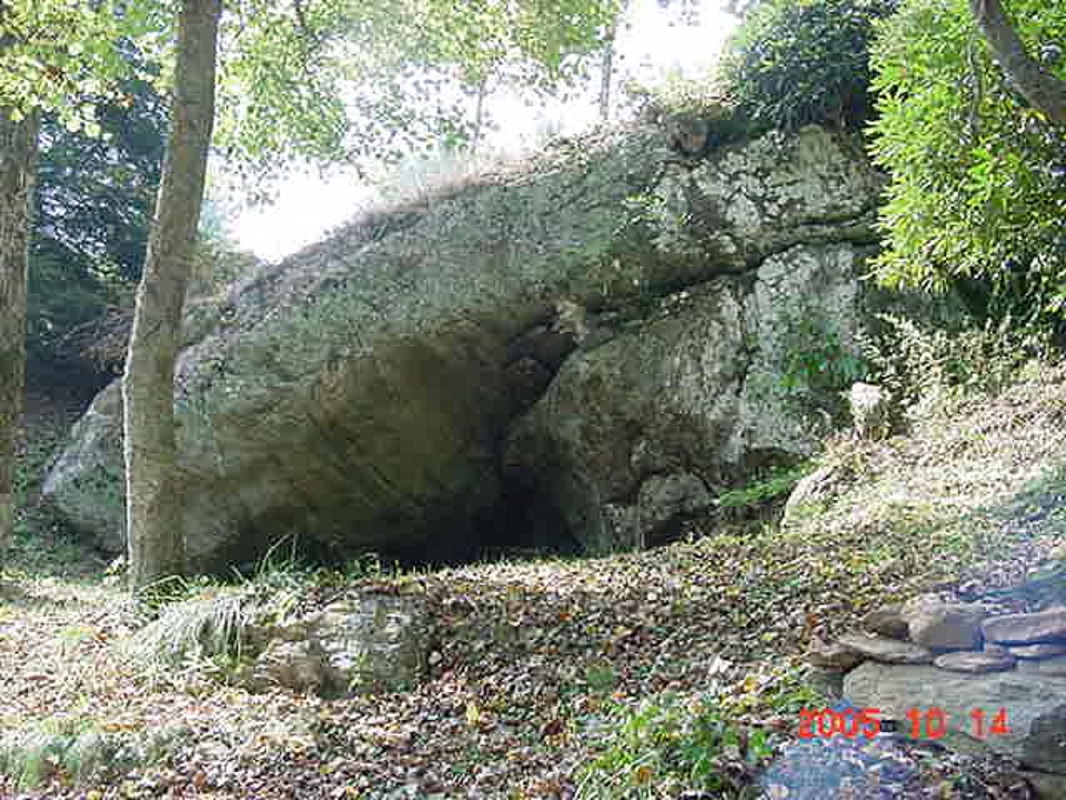 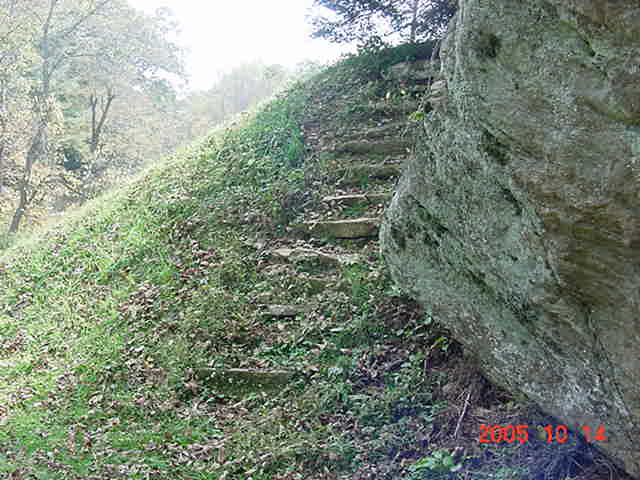 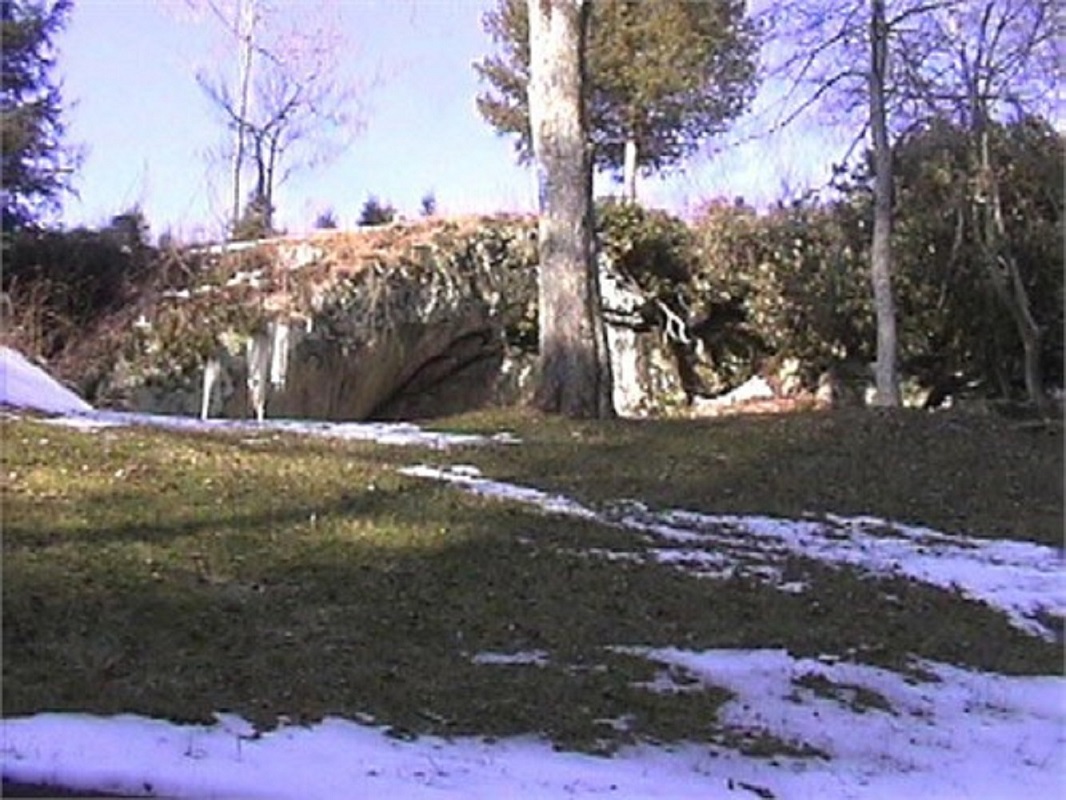 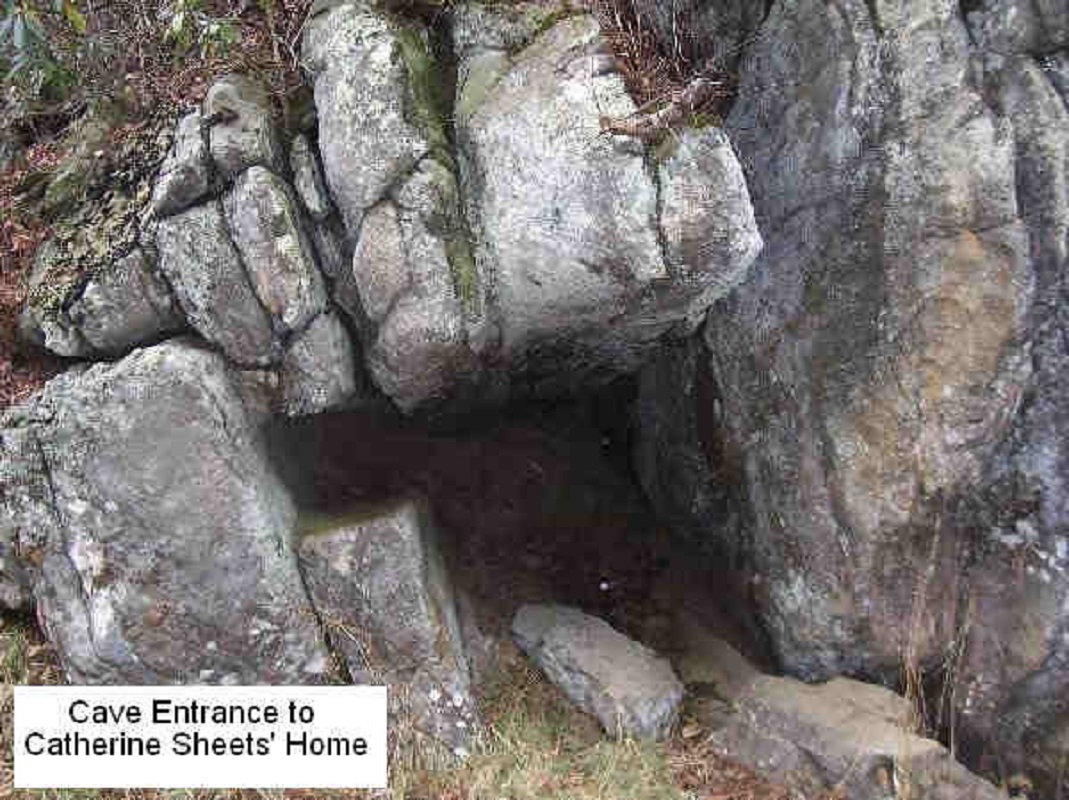