"Mr. Lawrence Herbert Bare, age 97 went to be with the Lord and the two loves of his life, first wife: Emma Bare and second wife: Nell Adams Ireson Bare on Sunday, December 24, 2018.

"Herb", a member of Green Valley Baptist Church and a WWII veteran who saw hand to hand combat, was born on May 25, 1921 in Clark County, Idaho to the late Curbe and Bessie Cravin Bare. Although he resided in various areas over his lifetime he primarily lived on Bare Creek on the Blue Ridge Parkway outside of West Jefferson, NC and finally settled in Lebanon in 1974 until he passed.

In addition to his parents and spouses he was preceded in death by his oldest son: Chris Bare; step sons: Roger and Robert 'Bob' Ireson; step daughter In law: Dorothy "Dot" Cox Ireson; sisters: June and Marion Bare and brothers: Clifton and Wayne Bare. 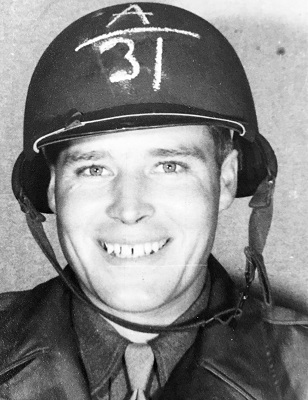