Reigning as Pioneer Queen of the Mud Lake Jefferson County Fair this year will be Cleo Dunn Jernberg, whose husband is the Grand Marshall.

She came to the Mud Lake area in the fall of 1927 as a young school teacher.  She taught in the one room Level school and had thirteen students.  In addition to teaching she served as janitor.  She boarded with a family who lived about a mile from the school so she had to walk to school early each morning to start the fire in the pot bellied stove.

Drinking water came from a cement lined cistern which was filled with water each fall and furnished the water supply for the school all year.  Many of the students were used to using a common dipper which was shared by everyone.

Miss Dunn was concerned about the poor hygiene of that practice and insisted each student must have a separate cup.  For those who failed to bring a cup from home she taught them to fold a sheet of paper to make a temporary cup.  She recalled the older boys used to help out by carrying in the wood and bringing in the pails of water from the cistern.  She like to give the students a treat once in awhile and would occasionally bring sugar to make taffy, which she cooked on the stove top.

The following year she taught in the one room Monteview school.  Again she boarded with a neighbor who lived near the school.  In December of 1929 she and Dave Jernberg were married.  Because it was about ten miles from the school to his house which was too far to travel back and forth, she continued to live with the neighbor until school was out, joining her husband for weekends.

After school was out in the spring they moved to a two room house on an enlarged homestead they filed on several miles east of where they last lived.  There were no regular roads, no indoor plumbing, no telephones and no electricity.  They traveled back and forth most of the time with a team and wagon or on horseback but later had a Model T Car.

There was one advantage to their location.  Because there were no trees they could see for miles in all directions.  Whenever they saw someone coming they knew it was someone coming to see them. 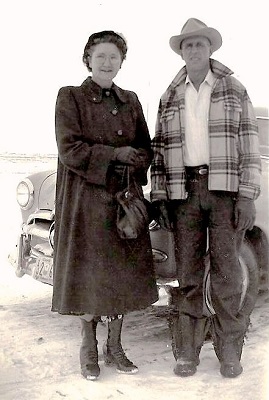 Because they married at the beginning of the depression and Jernberg had suffered a heavy financial loss on feeder cattle bought at the wrong time, they had real financial problems for a number of years.  Their two oldest children were born while they lived on the isolated homestead which is now part of the Fish and Game refuge.

One of the things that bothered her most was the abundance of rattle snakes near their home.  When they first moved out, she recalled a time when she saw a huge rattler crawl under the house.  After she ran back in, she realized there were a lot of knotholes in the floor.  Fearing the snake might come up through one of those, she laid pots and pans over each hole in the floor then sat on the table until her husband came home.  She said she has never lived that occasion down.

When their son first began to want to go outside they built a fence to keep him near the house, but she always went out first and beat the entire area with a broom in an effort to be sure no snakes were in the yard.

During the winter months they moved back to be home place and in 1933 they moved into the same house where she had boarded when she first came out.  She also returned to teaching.

She laughed and said she didn't know it then, but she and Bessie Hutchison started team teaching.  Miss Hutchison was the teacher in the one room Level school, but the Monteview school had been closed and the school included students from both areas, which was too much for one teacher.  Cleo was hired as a helper and they worked just as team teachers do in modern methods.

They also started the first hot lunch program in the area.  Teachers and students all carried cold lunches from home, but the teachers arranged a way to provide something hot.  There was a large boiler at the school which was used to make coffee for the country dances or other entertainment held in the school house.  They decided it could be used for other purposes.

They asked each student to bring a jar of soup from home.  The jars were placed in warm water in the boiler on top of the stove and by noon each student had hot soup to go with their cold sandwiches. 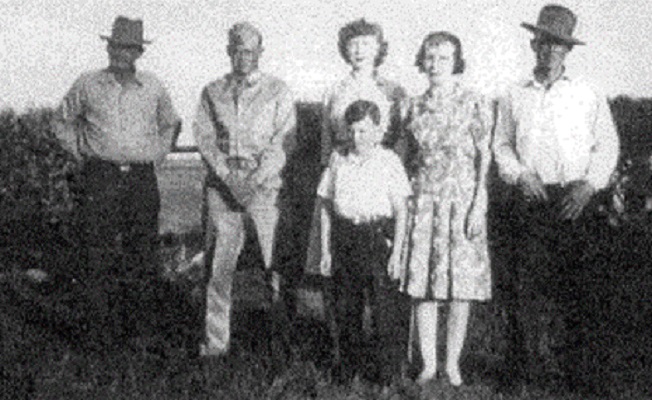 While the Jernbergs remember the hard times they went through in those early days, they also remember many good times.  They agreed the most exciting improvement they got is when they were able to get an oil stove to heat their home.  It not only provided even heat all night but they remember especially how nice it was to come home after being gone and find the house comfortably warm instead of returning to a cold house and having to wait until the fires was going enough to warm it up.

Cleo also recalls how happy she was when she got her first washing machine.  They still had no electricity, but got a gas powered washer and she thought it was the biggest help she had.

Mrs. Jernberg was also one of the people who helped develop the Mud Lake Fair and Rodeo and she served as chairman of several departments through the years the fair was growing to its present status.

This article appeared in the Post-Register on August 8, 1982.