Mrs. Mary Jernberg, 99, widow of Charles Jernberg, Idaho Falls, died at an Idaho Falls hospital Monday of causes incident to old age.  She was believed the second oldest resident in East Idaho next to Joseph Bitter, who turned 100 last August.

Mrs. Jernberg was born in Sweden June 21, and came to America at the age of 18.  In 1888 she was married to Charles Jernberg who was also an immigrant from Sweden.

They moved from Chicago, Ill., to Pocatello in 1900 where Mr. Jernberg was employed with a railroad company.

In 1912 they moved to the Mud Lake area where they homesteaded.  The couple celebrated their Golden Anniversary in 1938 and Mr. Jernberg died in February 1939.

In 1951, Mrs. Jernberg moved to Idaho Falls and made her home with her son Roy Jernberg who survives her.

She is survived by three other sons, George Jernberg, Tacoma, Wash., and Elmer and Dave Jernberg, Terreton.  Two sons preceded her in death.  Eight grandchildren survive.  Funeral services were held Thursday at 1:30 p. m. at Wood's Chapel of the Pines with the Rev. George Denny of the Assembly of God Church officiating. 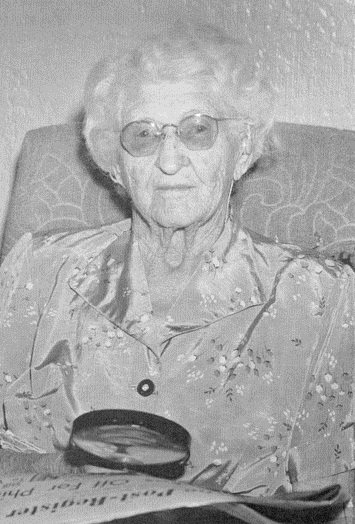