Returning to Mud Lake was natural for Roy.  For Freddie pioneering was a new experience.  She had been born in Sturgie, Miss. and moved to Firth with her parents attending school there for several years.  The family then moved to Pocatello where she attended high school 2 years.

She said, "Roy and I got to know each other walking to school together."

By 1921 roads, schools and postoffices had been established, and there was a store.  Much of the sagebrush had been cleared and there were a few more neighbors but it was still a pioneering In 1951 Roy and Freddie sold their property in Mud Lake and moved to Idaho Falls where he was in the real estate business for several years before he retired. They traveled (world's fair San Francisco, Seattle, every state including).  They also developed an interest in horse racing.

On June 4, 1921 19 year old Roy Jernberg, who had just graduated from Pocatello High School and his sixteen year old sweetheart, Freddie Jefcoat, together with his mother, his brother Elmer and his wife and infant daughter, headed for Mud Lake in the family Buick.  On the way they stopped at Rigby where Roy and Freddie were married.  The newlyweds had neither time nor money for a honeymoon but joined his brothers as pioneers on the family homestead. 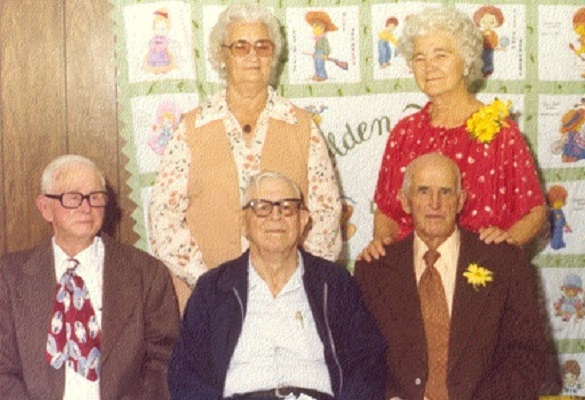